The Windows 10 Rating Tool tests the components of your computer and then measures its performance. But it can only be accessed from a command prompt.

At one time Windows 10 users can get a general performance rating of their computer from something called the Windows Experience Index. Microsoft has since removed the display of the index score from its operating system, but not the application that calculated it.

The Windows 10 Rating Tool tests the components of your computer (CPU, GPU, RAM, etc.) and then measures its performance. This tool can only be run from a Windows 10 command prompt or a PowerShell instance, and one of them must be opened with administrative rights.

This how-to tutorial shows you how to access and use the Windows 10 Rating Tool to measure the performance of your computer.

For this example, we will use PowerShell, but the process is similar for the command prompt. Right-click the Start Menu button on the Windows 10 desktop and select Windows PowerShell (Admin). When prompted (Figure A), type this command: 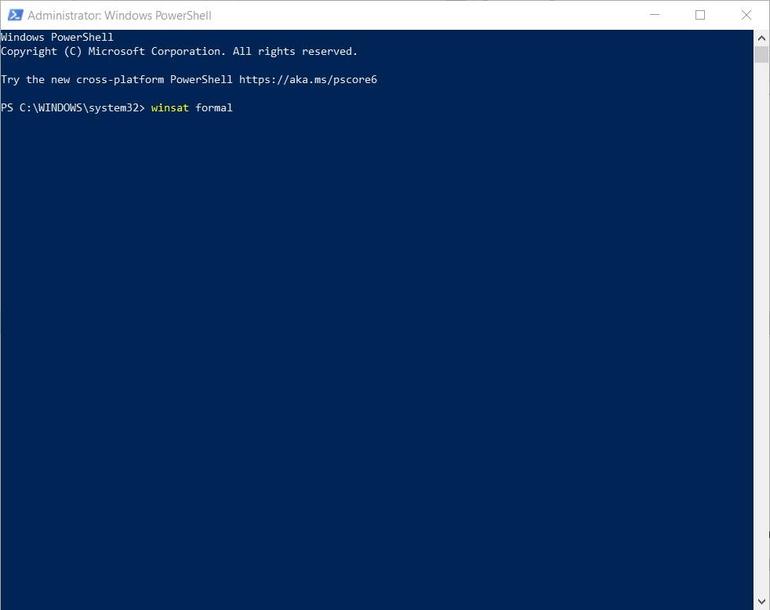 The system will run through an extensive set of tests, which can take several minutes, and then display several measurements, as shown in Figure B. 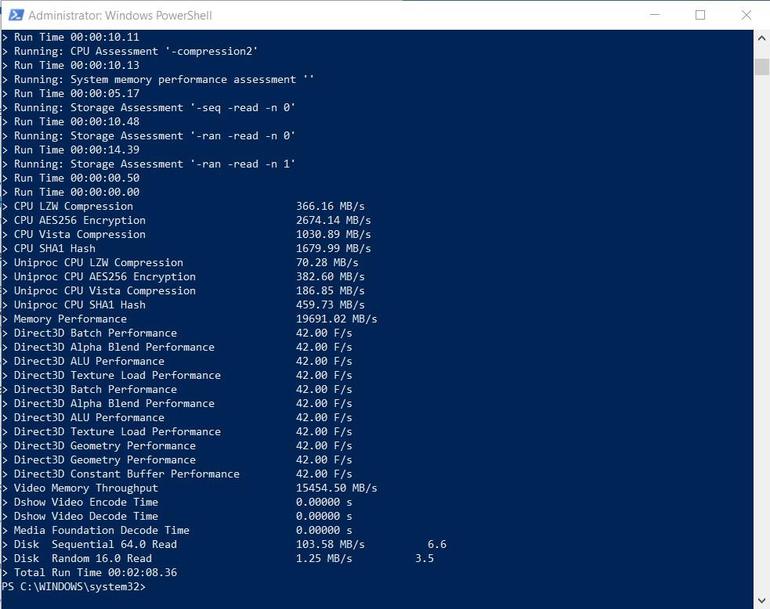 Formal parameters run a full test of all components of your computer and save the results in an XML file located in this folder:

If you have an XML file editor, you can view the file and see the performance of your computer, however, there are viable alternatives. Again, at the PowerShell (Admin) prompt (Figure C), type one of these commands: 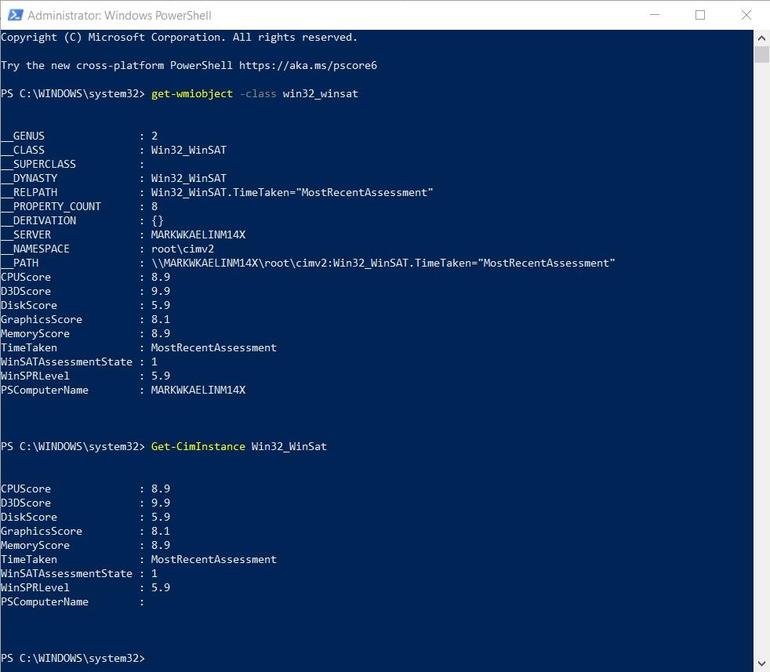 The first command gives you some further details about testing, while the second command condenses the measurement to the minimum of information. In our example, the overall performance of my old Alienware M14x gaming laptop, which is reused for business use, is limited by the slow read / write speed of the hard drive with a value of 5.9.

The maximum score for each component test is 9.9.

Users can choose to run special tests on certain components by modifying the winsat command with parameters. The following is a list of standard command parameters, which will display measurements using the default configuration:

Because the Windows 10 Assessment Tool generates XML files that contain performance and measurement scores, APIs and script tools such as PowerShell can be used to display and process data points. Developers can use these tools to adjust test parameters and find ways to improve performance.

Users must remember that the Windows 10 Rating Tool is not the only way to measure the performance of your computer. Other benchmarking steps will provide more detail, especially when measuring graphic capabilities. For example, the laptop test scores well on basic graphics, but the GPU is too old to take advantage of many DirectX 12 features or NVIDIA’s recent ray-tracing technology. 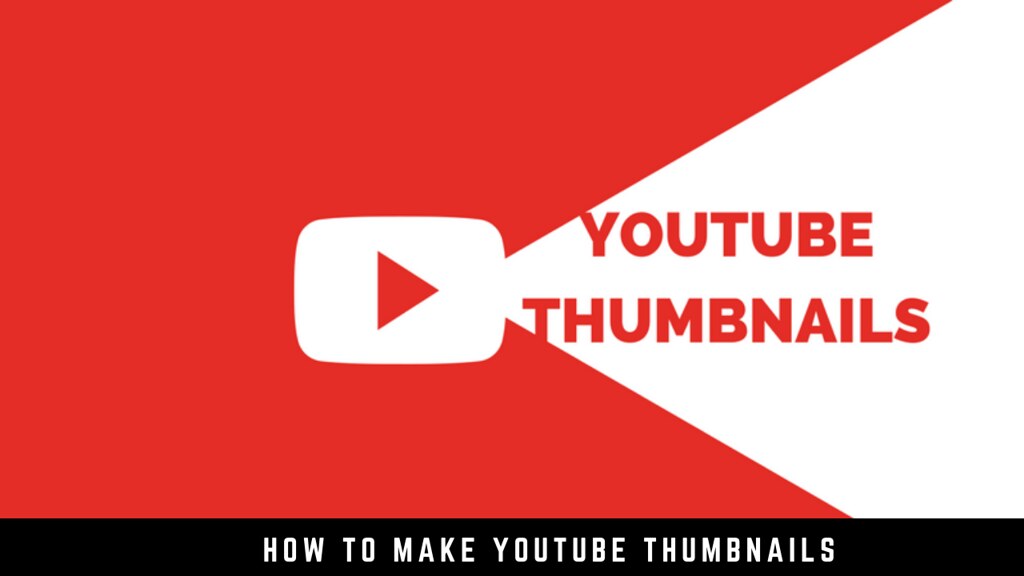 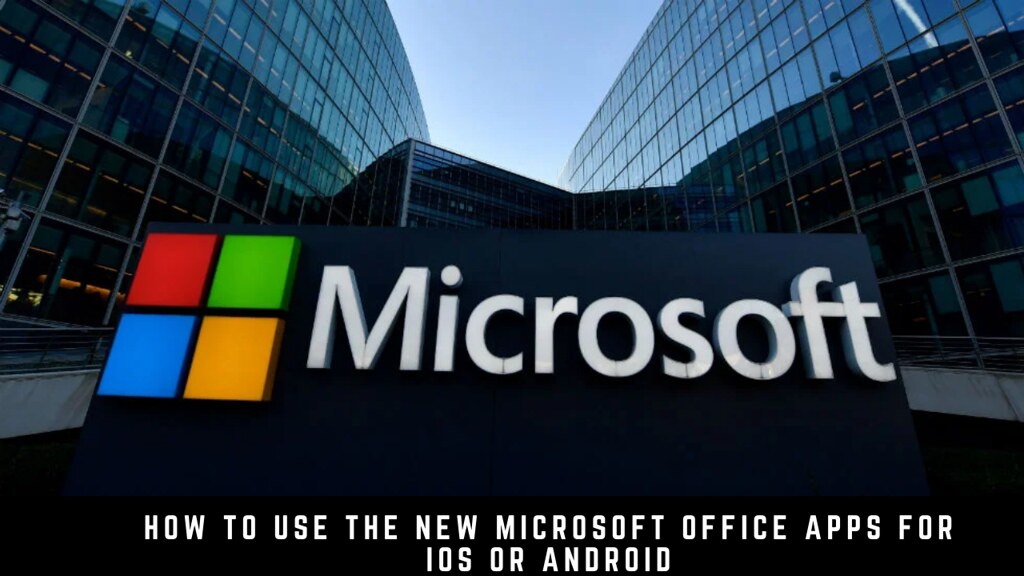 How to Troubleshoot Discord Push to Talk on Windows 10

How to use Movie Maker on Windows 10

How to use Task Display on Windows 10

How the New Apps Library Works on the iPhone

How to Swim and Dive in Animal...

How to Disable Thumbnail Preview Screenshot on...

How to add filters to images in...

How to Install Nginx and Let’s Encrypt...

How to Use Siri to Send Audio...

How to Use Remind Me When Ordering...

How to change translations and languages in...

How to cancel Fitbit Premium on any...

How to Customize the Safari Start Page...